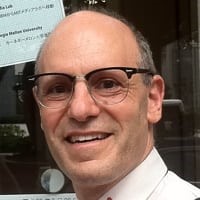 AI tools for creation and debugging

Ted’s work strives to demonstrate considerate technology, in which people’s intentions are recognized and respected. A creator and tester of new scenarios for working with computing systems, his design practice includes consulting wherever innovation is possible.

His successes at targeted product creation and enhancement led to his role of IBM Fellow and director of User Systems Ergonomics Research at IBM. He also worked at Xerox PARC and Atari Research Labs.

Ted’s innovation has been responsible for profitable and award winning products, ranging from notebook computers to operating systems. For example, his design of the TrackPoint in-keyboard pointing device is used in many notebook computers. His visualization and visual interface work has made impacts in the performance of the PowerPC, usability in OS/2, ThinkPad setup, Google maps, etc. His adaptive help system has been the basis of products as well. Ted’s work has resulted in numerous awards, patents, and papers, and has often been featured in the press. Ted was given the American Association for People with Disabilities Thomas Paine Award for his work on voting technology, and was co-recipient of the Computer Science Policy Leader Award for Scientific American 50.