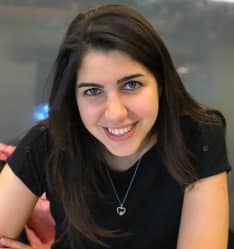 A Human-Centered Perspective on Collaboration with Robots

Dorsa Sadigh is an assistant professor in Computer Science and Electrical Engineering at Stanford University. Her research interests lie in the intersection of robotics, learning and control theory. Specifically, she is interested in developing efficient algorithms for safe, reliable, and adaptive human-robot interaction. Dorsa has received her doctoral degree in Electrical Engineering and Computer Sciences (EECS) at UC Berkeley in 2017, and has received her bachelor’s degree in EECS at UC Berkeley in 2012. She is awarded the NSF CAREER award, the IEEE TCCPS early career award, the Google Faculty Award, and the Amazon Faculty Research Award.