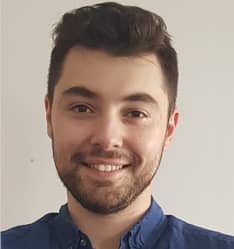 Deniz is currently working as the technical co-founder of Soar Robotics. He is an electrical and electronics engineer specialized in embedded hardware and software of aerial robots, with 7+ years of experience in AI-powered autonomous drones research and development. He is currently developing the nex generation of telecommunications technologies for autonomous mobility at Soar Robotics. Previously, he co-founded a drone-in-a-box company called Robostate, where he led engineering teams and actively participated in development of one of the first fully-functional autonomous industrial drone systems in the world. Since 2015, he has been actively involved in the development and implementation of deep neural networks, especially in the context of industrial transformation. He assisted many big and medium-sized companies in Healthcare, Energy, Retail, Pharma, Government, Automotive, Construction and other verticals with successful end-to-end AI transformation and automation implementations.