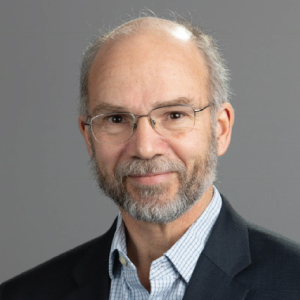 Dr. Pashos serves on the Board of Directors, and is Chief Scientific Officer, of Genesis Research, an international consultancy supporting the life sciences industry.  Genesis Research is known for its unique partnership model through which it provides evidence-based, technology-enabled and scientifically rigorous solutions across all aspects of value demonstration.

With the ultimate goal of improving patient care and well-being, Dr. Pashos advises life sciences companies across the development and commercialization continuum, with Real World Evidence, Patient Centric Research, and other methods of Health Economics and Outcomes Research (HEOR).

Dr. Pashos had worked extensively in numerous therapeutic areas, notably oncology, hematology, cardio-metabolic diseases, neuroscience, urology, rare diseases, and women’s health. He has led international collaborations to understand disease burden and use, outcomes and value of medicines and other healthcare to reduce that burden.  He has designed and implemented prospective observational studies (patient registries) involving hundreds of thousands of patients; as well as, numerous analyses of existing data, interactive economic models, and surveys on healthcare use and outcomes.

His career has spanned periods in academia, consulting and life sciences companies. Prior to resuming his career as a consultant, he served as Vice President, Global Evidence Strategy at AbbVie, strengthening the delivery of appropriate HEOR methods and enhancing collaboration among global, regional and affiliate organizations.  Previously, also as Vice President, he led Takeda’s Global Outcomes and Epidemiology Research, where he led a transformation so that the team delivered HEOR strategically and tactically from early development through the life cycle, integrated across R&D, Medical and commercial units.

After leaving the Harvard faculty in 1995, he founded and led a consultancy at Abt Associates whose clients were most of the world’s leading pharmaceutical companies.  He continued as vice president after his team was acquired by UBC, and in turn by Medco and Express Scripts.

Having lived in North America and Europe and worked around the world, his research has appeared in more than 120 medical journal publications; nearly 300 presentations, book chapters, and reports; and input to UNICEF, NIH, the Surgeon General, and others.

A Charter Member of the International Society for Pharmacoeconomics and Outcomes Research (ISPOR), Dr. Pashos served as ISPOR President in 2008-2009.  A recipient of the ISPOR Distinguished Service Award, he led the development of and served as a co-editor of Health Care Costs, Quality and Outcomes: ISPOR Book of Terms (which has been translated from English into many other languages), and the ISPOR LEXICON, the official dictionary of the Society.